Howdy y’all! I hope that you have all been doing well. I have been busy, busy, busy, but having a terrific time. I’m sorry that I haven’t been back to write in over a month (hence being crazy busy), but I’m so happy to be back and fill you all in on the fun stuff that has been taking place.

The week after Valentine’s Day, I did an Advocare 10-day cleanse, which I have done before and written about in the past. For 10 days, I drank a fiber drink, took herbal supplements, probiotics, and another supplement called “slim.” Slim helps suppress your appetite while also giving you energy. I love doing the cleanse just to rid myself of all the toxins that build up in my body and it also makes me want to eat super clean.

I also wanted to share this protein powder I’ve fallen in love with from Blackstone Labs. I’ve been on the hunt for a good chocolate flavored protein powder and I finally found one that I love!! Not only does it taste delicious, but it is also low calorie, low carb, and low fat. 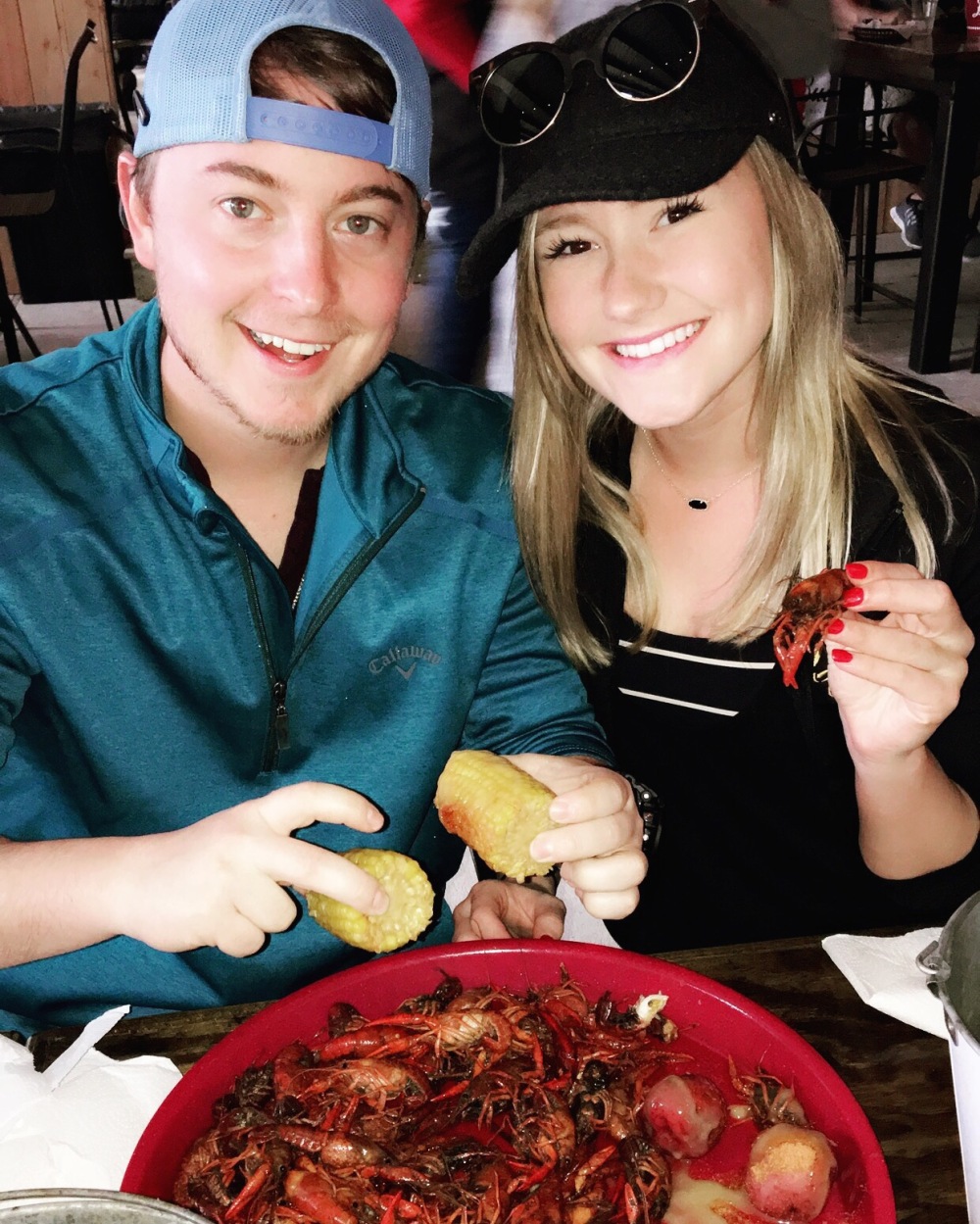 What I love about blogging is being able to just be the purest form of myself on here. I love to share my adventures, my happiness, my hard times, and also just show people that no one is perfect. I’m certainly NOT perfect. I wanted to blog to be an inspiration for people and to show you all that it’s okay to make mistakes. I was supposed to eat clean during my cleanse for 10 days straight, but on day 8 & 9 my family went to District 249 for some crawfish. They are serving crawfish every weekend until crawfish season is over. Needless to say, I decided to just enjoy life and eat the crawfish and those delicious potatoes that they cover in salt & butter.

I’m a huge fan of clean eating and exercise. I feel SO much better and happier when I do both of those things, but as I’ve gotten healthier mentally when it comes to food and exercise, I’ve learned to let loose. I’ve learned that if I want to eat something unhealthy or skip a workout (sometimes more than one), it’s not the end of the world. Should I make healthier food choices and try to exercise daily? Yes, because that’s what’s good for my body, but I’m not going to fixate on it like I did in the past. Fixating and not letting yourself just live is worse than you letting yourself have some ice cream and missing a workout. Remember that! 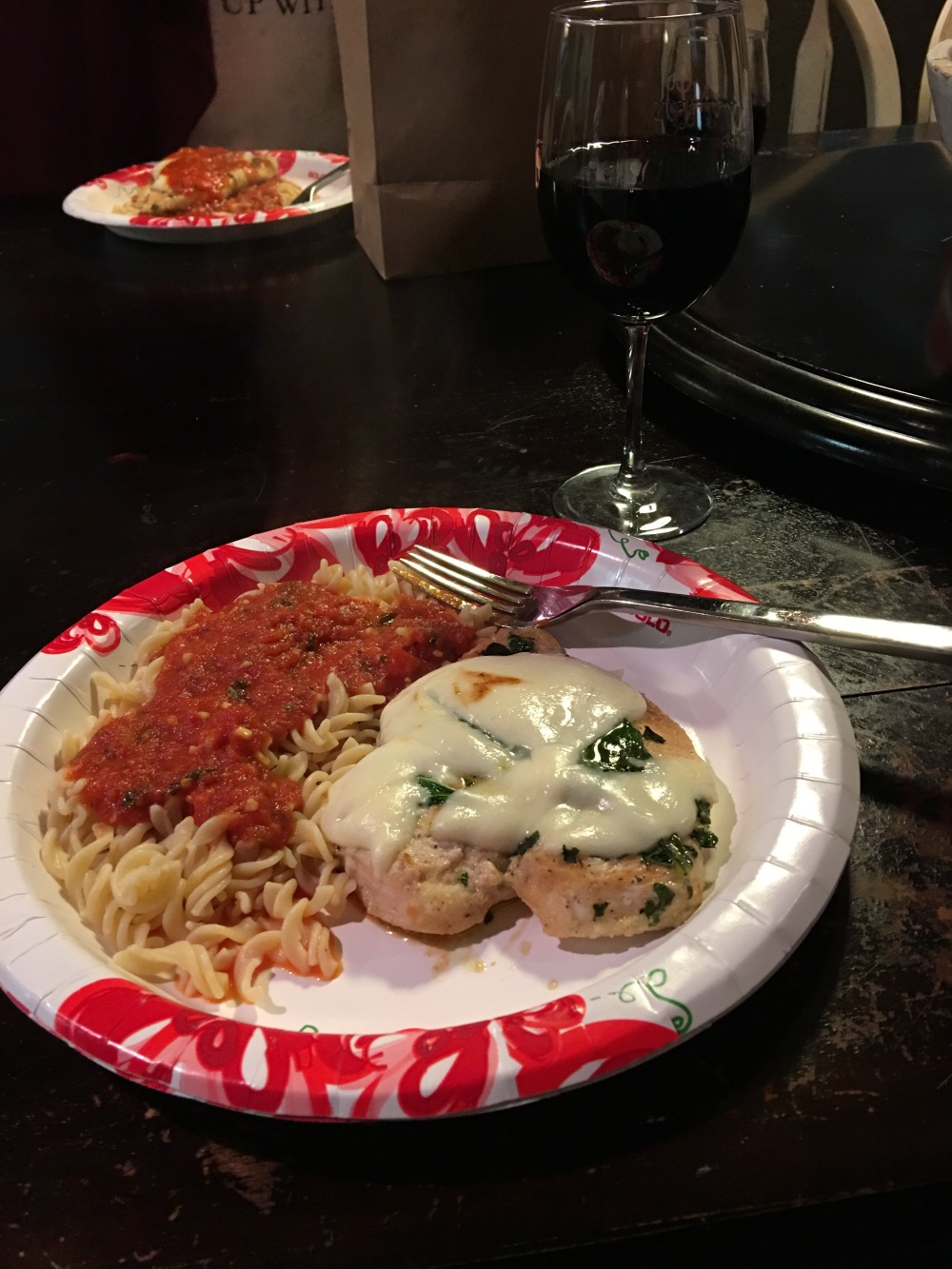 After one of Jordan and I’s workouts, I came home and made us a healthy Parmesan chicken. I grilled some chicken, added sautéed spinach and melted mozzarella cheese on top. I also cooked some gluten-free noodles and mixed them with an organic tomato basil sauce. It was such a good, healthy meal that we both enjoyed. 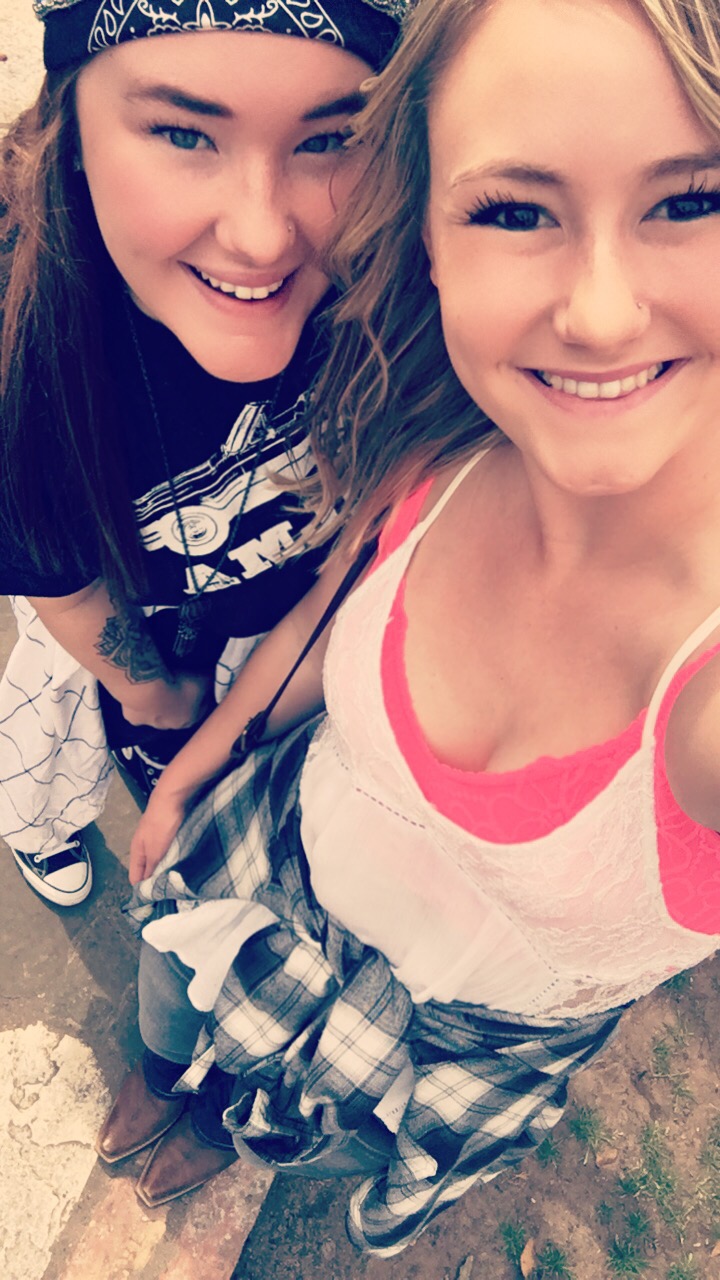 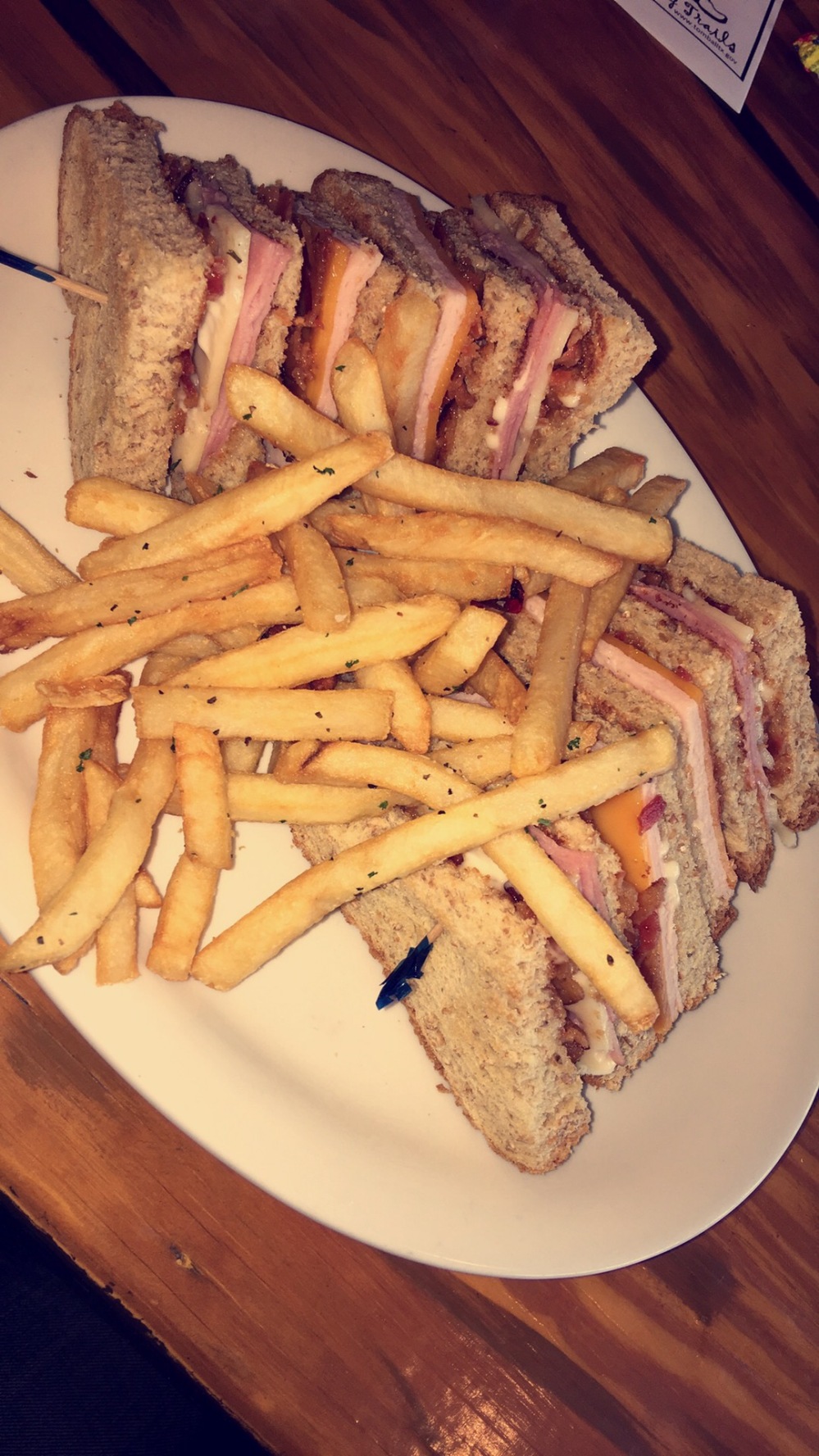 After the trail rider event was finished, we all sat  down for a nice lunch at Brautigams Barn Grill. I ordered their club sandwich, which was delicious! Brautigams also has a winery right next door to it. Definitely want to go give that place a try soon. 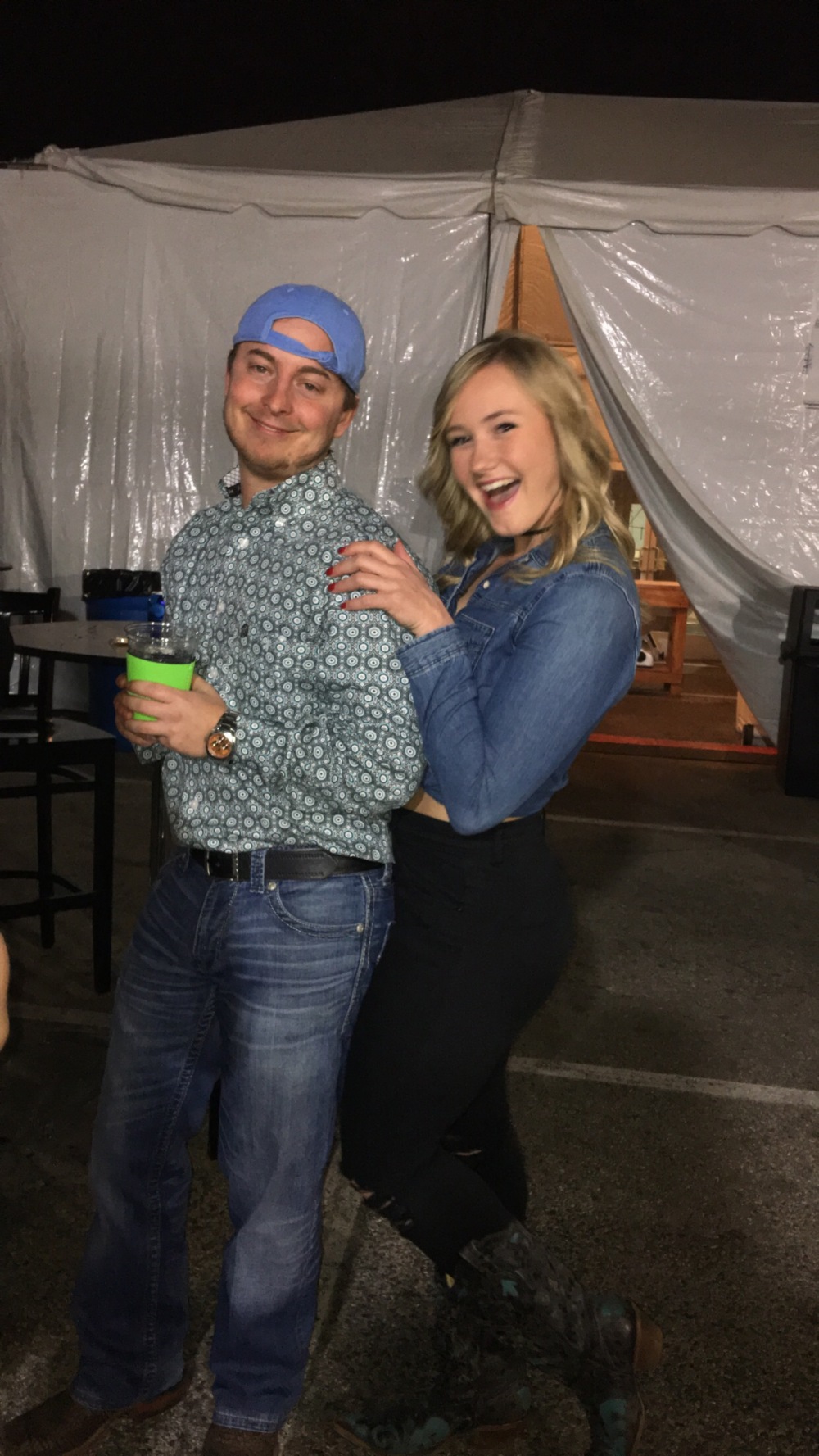 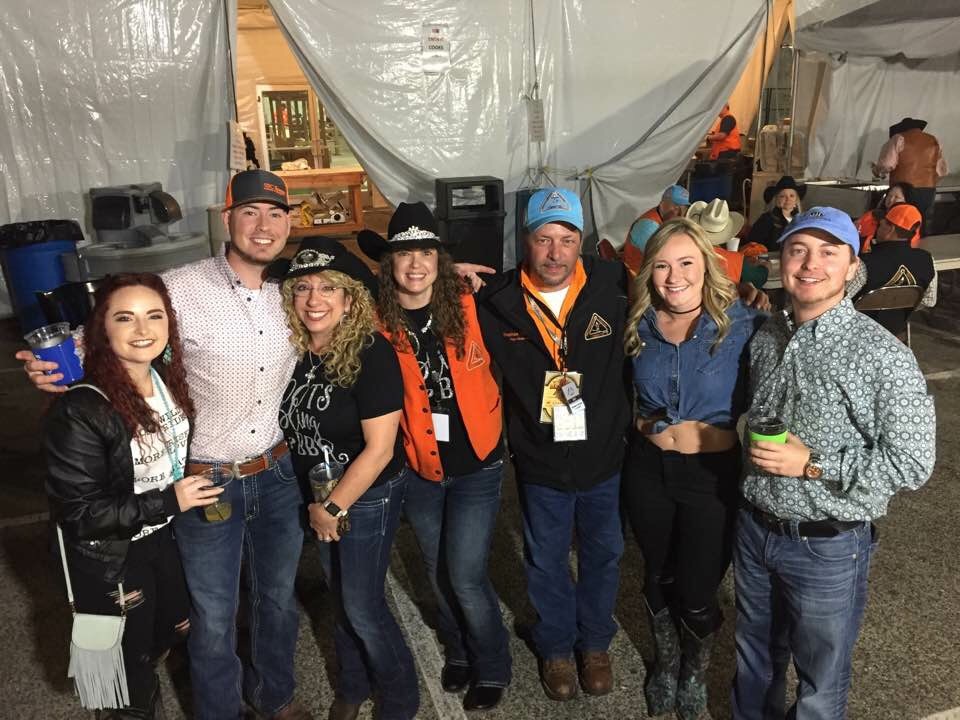 The Rodeo Cook-Off was the following weekend. I had never been to the cook-off before, so I was super excited to see what it was like. They had tons of tents set up outside of the NRG stadium filled with free food and drinks. Because of our work schedules, we all got there a little too late and didn’t get to see much because of it, but next year we’re going to plan the timing better.

My grandparents also came in town from Oklahoma that same weekend to take all of us to the LSU vs. Baylor baseball game at Minute Maid Park. It was so nice getting to see them and we all enjoyed the game very much. I’ve grown up a Tiger fan, but had never seen the college play any sport in person yet, so that was awesome!

Jordan and I went to see Aaron Watson preform at the opening night of the rodeo on March 7th. We had such a great time together walking around all the shops before the performance. We tried on tons of different cowboy hats and looked at all kinds of boots. Aaron Watson was a terrific performer. He seemed like such a genuine guy, plus he had a great voice. 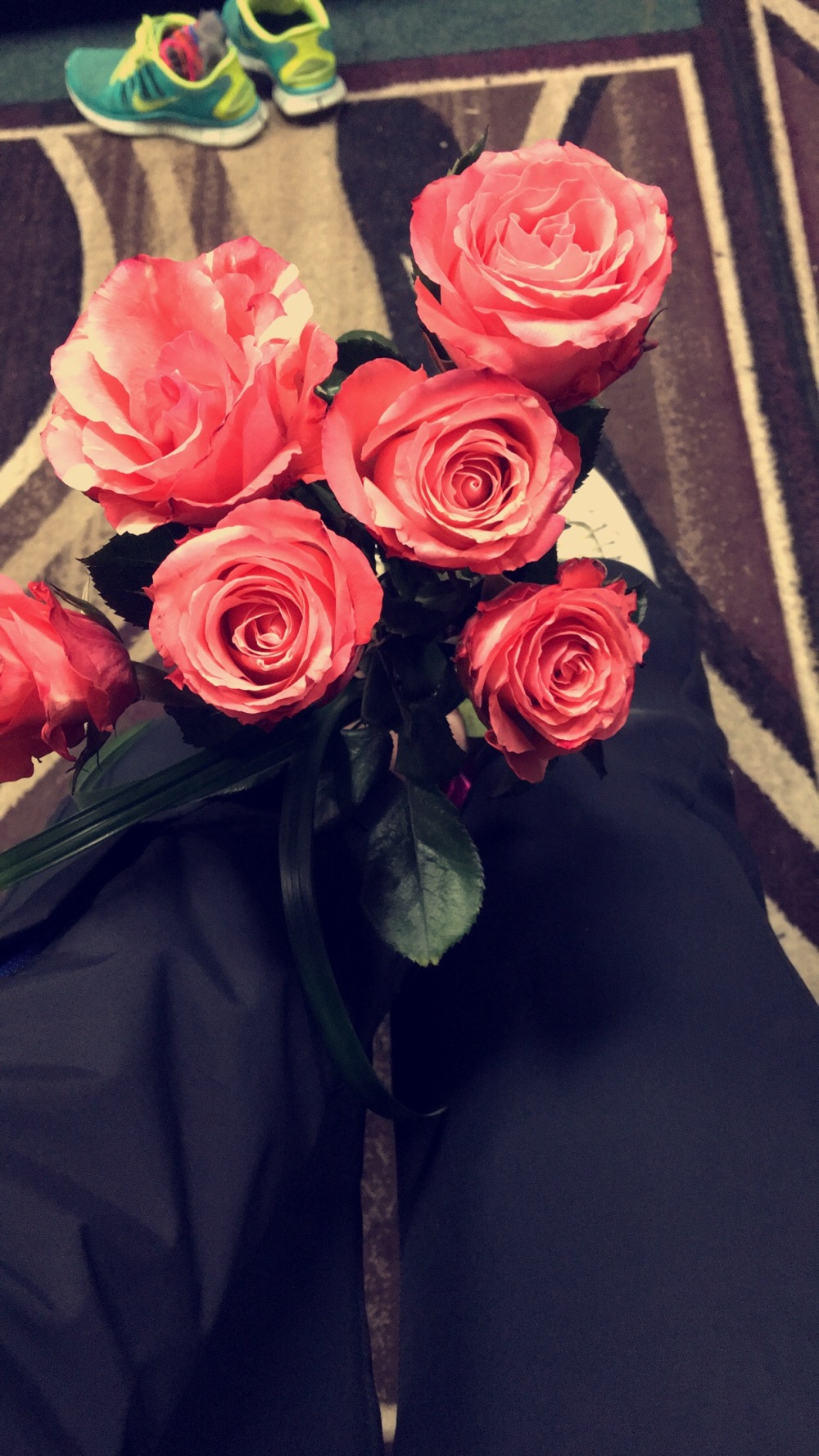 March 10th was Jordan and I’s 6 month anniversary. While I was coaching that Friday evening I saw Jordan walk into the rink holding these 6 roses. As I skated over to him (teary-eyed) our song started to play on the loud speakers, which is “Say You Won’t Let Go” by James Arthur. He didn’t even plan for the song to come on, it just played ironically, but I was blown away by his sweet gesture and could barely talk because I was so choked up. I have become such an emotional person. I’ve cried from happiness so many times since I started dating Jordan. While it’s kind of annoying how easily I tear up and get emotional, I love how much I feel things now. I love how happy he makes me and right our relationship feels. It’s crazy to think that he and I have only been together for 6 months. I’ve known him much longer than that, but it feels as if I have been with him forever. 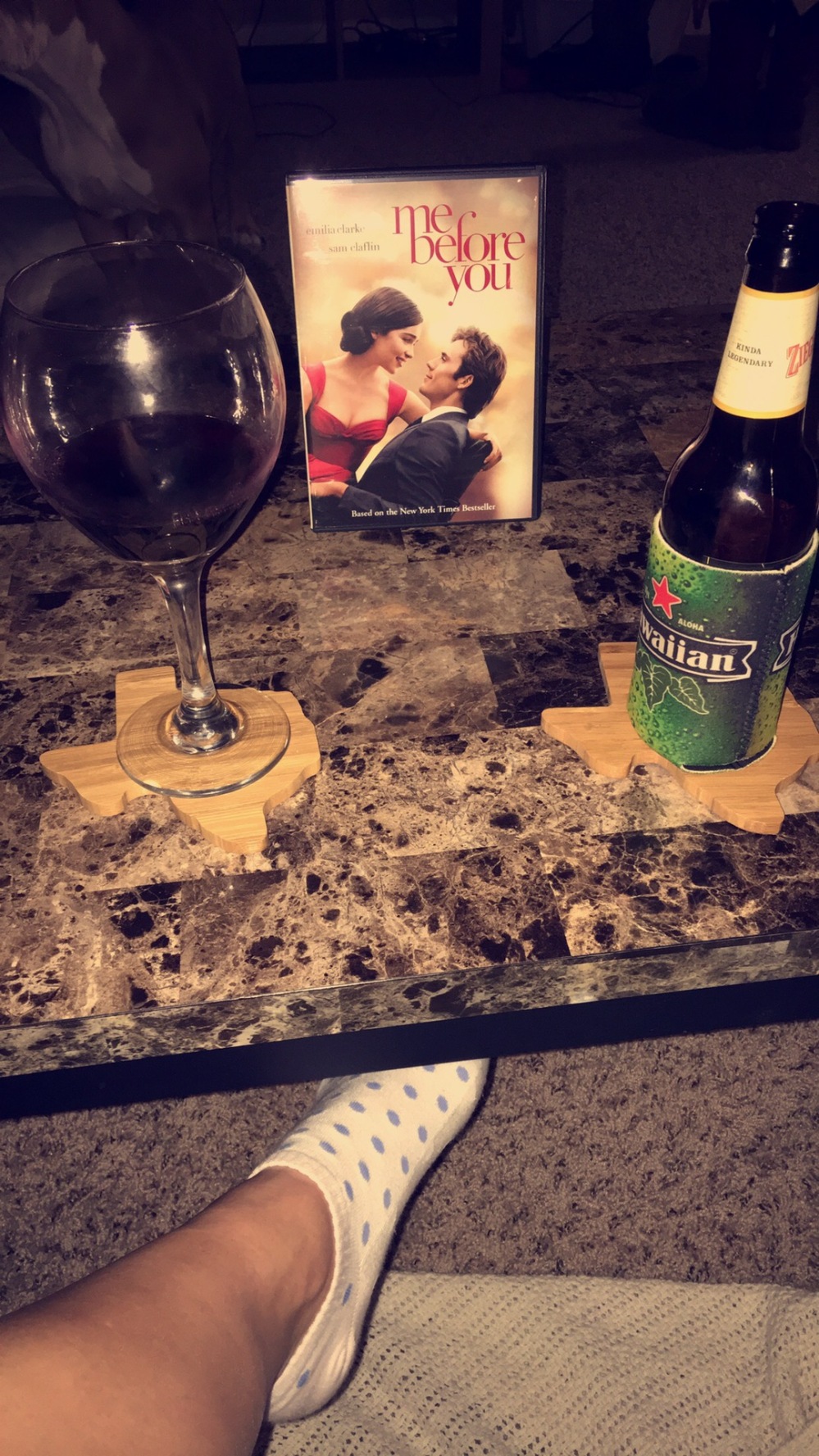 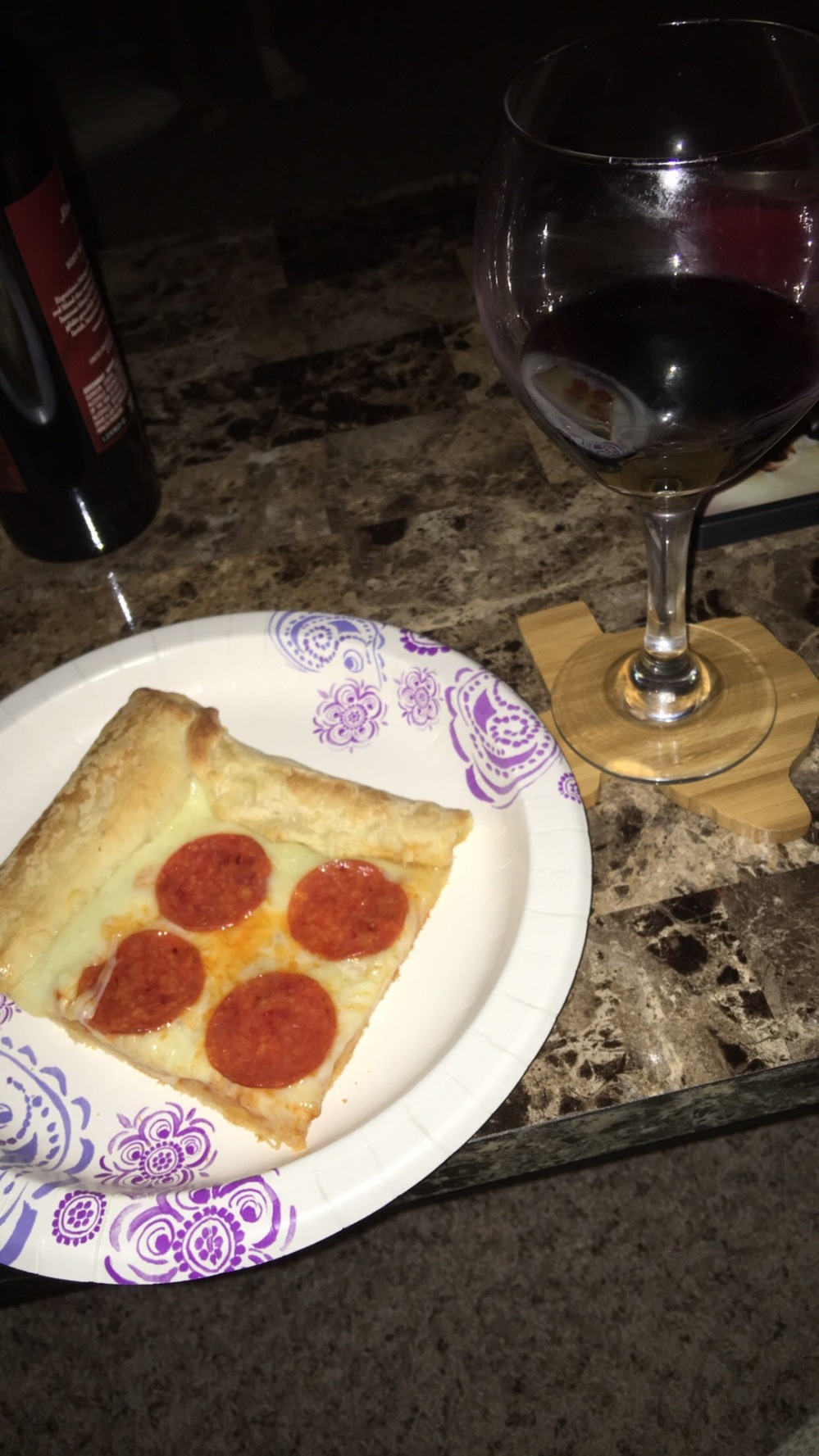 We decided to spend our anniversary having a movie and pizza night at his place. Something so simple ended up being one of my absolute favorite nights. We made delicious homemade pizzas together and watched “Me Before You,” while it was raining outside. We both wore pajamas and just relaxed. It was amazing! 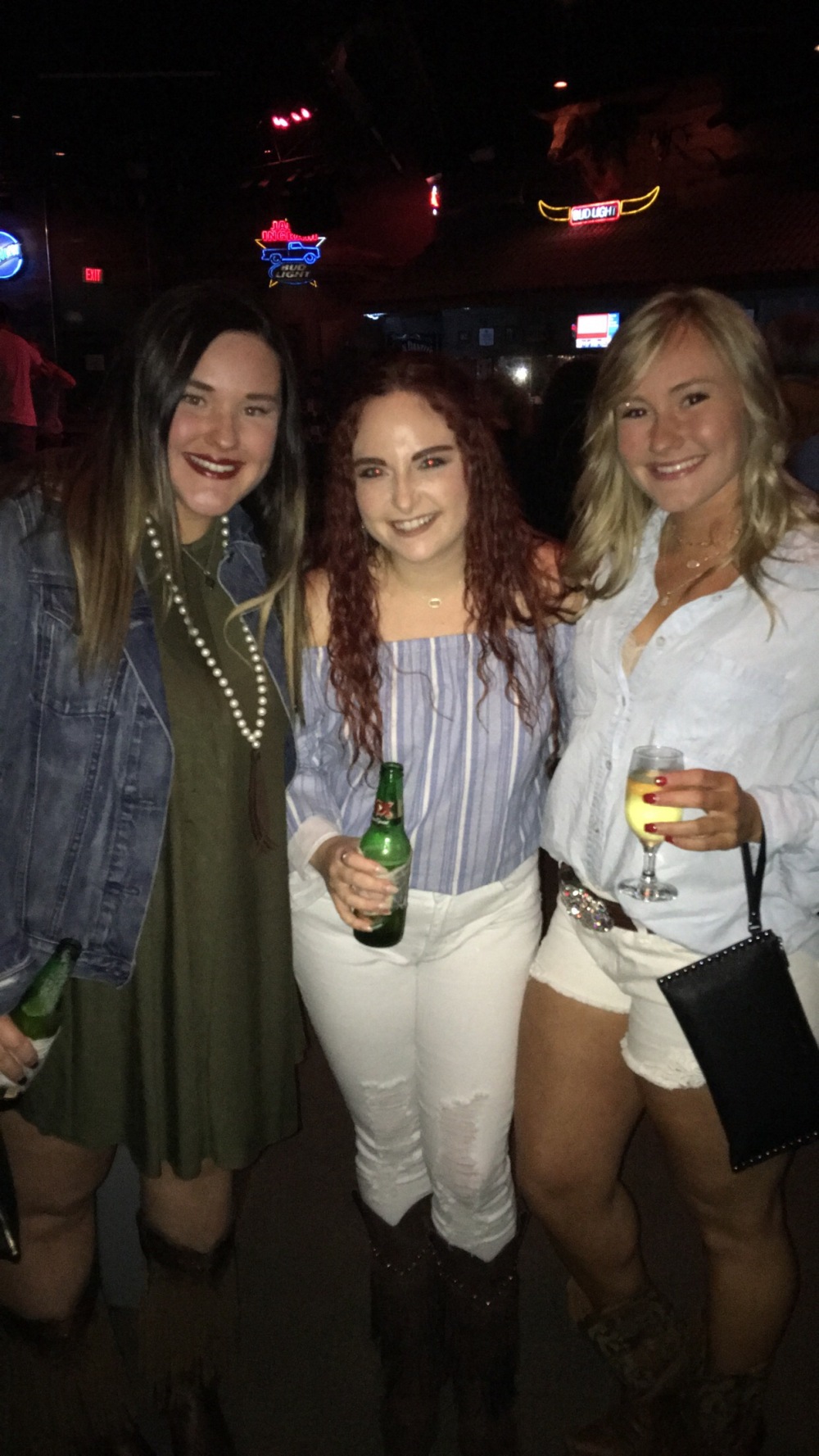 The following Saturday, Jordan, Bailey, and I met up with Jordan’s family at Big Texas. We had one of the best nights all dancing together. I’ve expressed several times how much I love to dance. Two-stepping is different to what I’m used to since I grew up ice & ballroom dancing, but Jordan is helping me get better and better every time we hit the dance floor. We all had such a fun night!

I’m so glad I have finally finished this post! I have more rodeo experiences and spring break fun to share with y’all next, but until then I hope that you all have a wonderful time. I’ll be back soon. 😉